In this post, Sam West (doctoral candidate at Loughborough University and co-founder of Wrestling Resurgence) reflects on a couple of the key terms that reappeared in our interviews.

I am a curator, an early career scholar, and a wrestling promotor. To say this is an eclectic collection of hats would be an understatement. I think it makes for an interesting outlook on life. I see features of art curation in the wrestling cards I assemble for my company Wrestling Resurgence; I seldom walk into a public space without wondering if it could accommodate a wrestling ring. I have found working in the wrestling space both troublesome and rewarding. In this short blog post, I offer a brief reflection on this experience using the wrestling concepts of shine and heat.

A professional wrestling match almost always starts with shine and heat. The shine is the domain of heroes, who in wrestling are called babyfaces. The heat is the villain’s turf, the wrestling heel, the antagonist of the performance. To shine is to look good, both aesthetically and morally, the better the shine the more the audience will cheer the actions of the wrestling hero. Heat is the opposite. When the heel does their job well, they feel the red-hot heat of the audience’s anger toward them and the actions. Heat and shine are about contrasts. The villain tells us they are deserving of our heat by their actions in the ring: they take short cuts, they pull their opponent’s hair behind the referee’s back, and gloat to the audience. In turn, the babyface’s righteousness and valour shine through: they don’t cheat, they won’t take the easy road - even when an opportunity is proffered. This is the classical form of wrestling storytelling that emerged at the turn of the last century as wrestling freed itself from the shackles of the competitive and embraced its underlying theatricality.

This way of thinking about the world of wrestling (and perhaps the world at large) in terms of shine and heat has significance that reaches beyond the confines of the performance in the ring and the arena. My wrestling shine is made of some of the proudest moments of my life: sell out shows main evented by breakout women wrestling stars; forging new ground with events like Everything Patterned, the first wrestling show in the UK to be made up entirely of performers of colour; three consecutive Arts Council England funding grants; and simply playing a very small part in creating a community of wrestling friends and collaborators. However, just like in the wrestling storytelling, you cannot have the shine without the heat: broken bones and torn muscles are the real consequences of matches I personally arranged and staged; British wrestling, and through that my company’s unintentional impaction within a culture of toxic masculinity and widespread mistreatment of women wrestlers; the crippling stress and financial burden of running a commercial company, knowing that the people I employ deserve more than what I can give them; and of course the fall out of a global pandemic to boot.

Wrestling: great to perform - that feeling that keeps some many of wrestlers we’ve spoken to coming back to the ring time and again; terrible for you – bad knees, constant back pain, head injury. Wrestling: great to work in – a standing ovation at the end of a match so good the performers elevate grappling to a status worthy of the great art forms; awful to work in – waiting in A&E after the same show with a wrestler you suspect has broken their arm, reading the unabridged testimony of a mistreated trainee. Wrestling: Great to follow and support - being part of a community of likeminded people celebrating together a shared passion for something few truly understand; painful to follow – discovering under the surface this same community has covered up experiences of abuse and harassment.

Shine and heat, within a match, within the wrestling community, for me are emblematic of an experience of wrestling I suspect is shared by many who both love and suffer the grappling game, be that on the canvas, behind the curtain or in the stands. And whilst they might appear separate in the performance, the underlying reality is that for a good babyface to shine, it requires a great heel to showcase them. Conversely, for a heel to get heat, the baby face must sell. The villain and the hero always ultimately work together for the betterment of each other. As a promoter I can’t revel in the highs of crowd acclaim, without addressing the massive challenges the wider industry faces. As a community, we can’t come back together in celebration of the good, without acknowledging our complicity in wrestling’s persistent failings.  Wrestling can be wonderful, but it can also be really, really, terrible; it’s a world of extremes and excess, where you can’t bask in the shine, without getting burnt by the heat.

In this post, Sam West (doctoral candidate at Loughborough University and co-founder of Wrestling Resurgence) reflects on a couple of the key terms that reappeared in our interviews. I am a curator, an early career scholar, and a wrestling promotor.…

Review of Health and Wellbeing in Professional Wrestling Roundtable

Photograph courtesy of Rob Brazier @theheaddrop After a year of gathering data, we celebrated the end of the Health and Wellbeing in Professional Event with a roundtable event bringing together key stakeholders from the wrestling community and academia. We discussed…

“It just took me straight back to when I first started wrestling training, and how beat up I was from that. But…you do develop a kind of callous to it and…you become less sore as time goes on and you get…

Written by Dr Dominic Malcolm In 2021 concussion in sport began to be taken seriously in British politics. The Department of Culture, Media and Sport (DCMS) has staged two concussion virtual summits and appointed its first Ministerial Adviser. The DCMS… 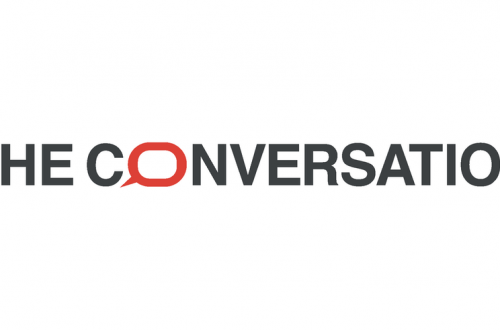 Dr Tom Phillips (Lecturer in Humanities at the University of East Anglia) has published an engaging new article in The Conversation entitled 'Why it's time the UK took wrestling seriously'. As well as mentioning Health and Wellbeing project partner Wrestling…

In this post, Sam West (doctoral candidate at Loughborough University…

Review of Health and Wellbeing in Professional Wrestling Roundtable

Photograph courtesy of Rob Brazier @theheaddrop After a year of…